The purpose of the trip: to see the Great Stone River - the largest stone placer in the world.

The Great Stone River is situated between the Greater and Middle Taganay ranges. A pile of stone blocks weighing 9-10 tons stretched for 6 km in length, reaching 200 meters in width, and at times "spilling" up to 500 meters. Under the "channel" of ancient stone streams at a depth of 4-6 meters you can hear the noise of real mountain streams.

The Great Stone River starts from the slopes of the mountains, first in the form of small stone brooks, which gradually merge into one, becoming, finally, a continuous stone stream.  The "river" is composed mainly of aventurine of various colors, the local name of which is taganait or zlatoiskr.

There is no vegetation, except lichens, on the stone river. The only exceptions are isolated pine trees over 100 years old.

In order to admire this unearthly landscape you need to pass from the Central Manor of the Taganay National Park along the Lower trail 5 km to the parking lot "Vesyly Klyuch", located on the bank of the Great Stone River, from where you can see a magnificent view of the Double-headed hill 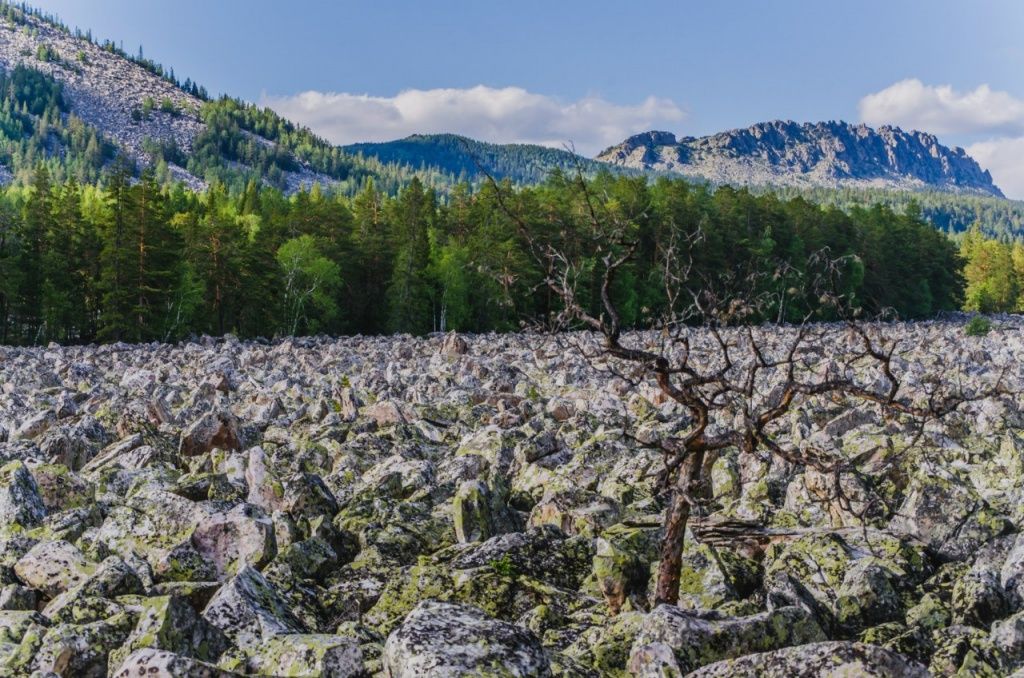 Trail has a priming surface and can be swamped in some places. Half way crosses the river Bolshaya Tesma, which can be crossed both on the bridge and wade. And immediately after the bridge goes to the right. All the way goes under the shadow of the forest, sometimes going out into open glades.

Participants of the trip will enjoy the unique view of the Double-headed hill on the "bank" of the Great Stone River, stroll along the aventurine waves and forever leave in memory this majestic creation of nature.

Take with you the guide of the Park, he will tell you about the history of the creation of the national park "Taganay", about its nature and sights: about those you will see and about which you want to hear.

The itinerary has no age restrictions. 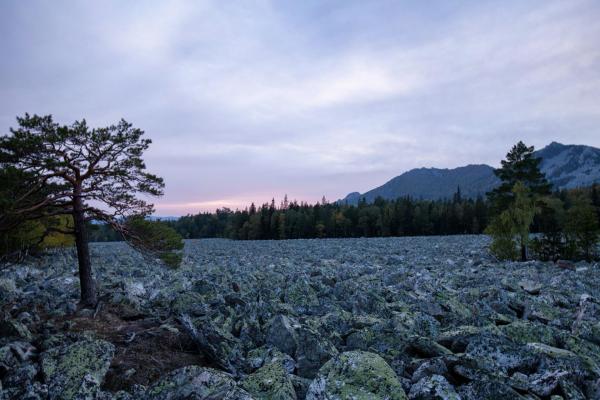