This hiking route is 55 km long and lasts from 2 to 3 days. The goal of the hike is to climb the city of Kruglitsa, the highest point of the Taganay mountain knoll, which is 1178 meters above sea level, and the total climb is 750 meters.

In the central part of the national park "Taganay" is the highest point of the Taganay mountain knot - Kruglitsa, named because of its shape. The path to it starts from the Central Manor of the Park, runs along the Lower Trail, crosses the Bolshaya Tesma River across the bridge and rushes to the Big Taganay Pass. The path is swamped in some places, so during the rains you will need to have rubber boots. About 4 km the path goes along the biggest in the world Great Stone River - accumulations of huge stone blocks weighing 9-10 tons with a length of 6 km and a width of up to 200 meters. From the shore of the "river" opens a unique panorama of the Two-Headed Sopka. 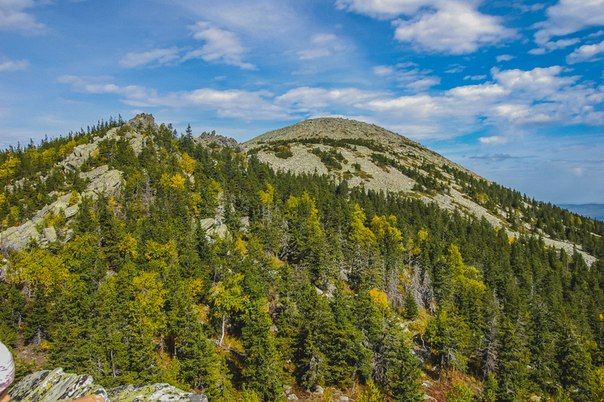 After twice crossing the tributaries of the stone river, the trail leads the traveler to the watershed "Mirror" or "Steklyashka". And now, when the first 14 km of the road were left behind, wooden huts of the Taganay shelter appear. Here you can stay for the night, and in the morning climb to the mountain Kruglitsa, which is a heap of huge quartzite blocks with rare sections of juniper bushes. In winter, the peak is difficult to access, because at the foot of the mountain path is blocked by snow, and climbing through combe rocks is dangerous. But after climbing to the top traveler will be rewarded with an unforgettable view of the mountainous country called "Taganay".

Descent from Kruglitsa to the Valley of Fairy Tales runs through the screes of the southern slope of the mountain, then the path leads to a kingdom of almost untouched nature. 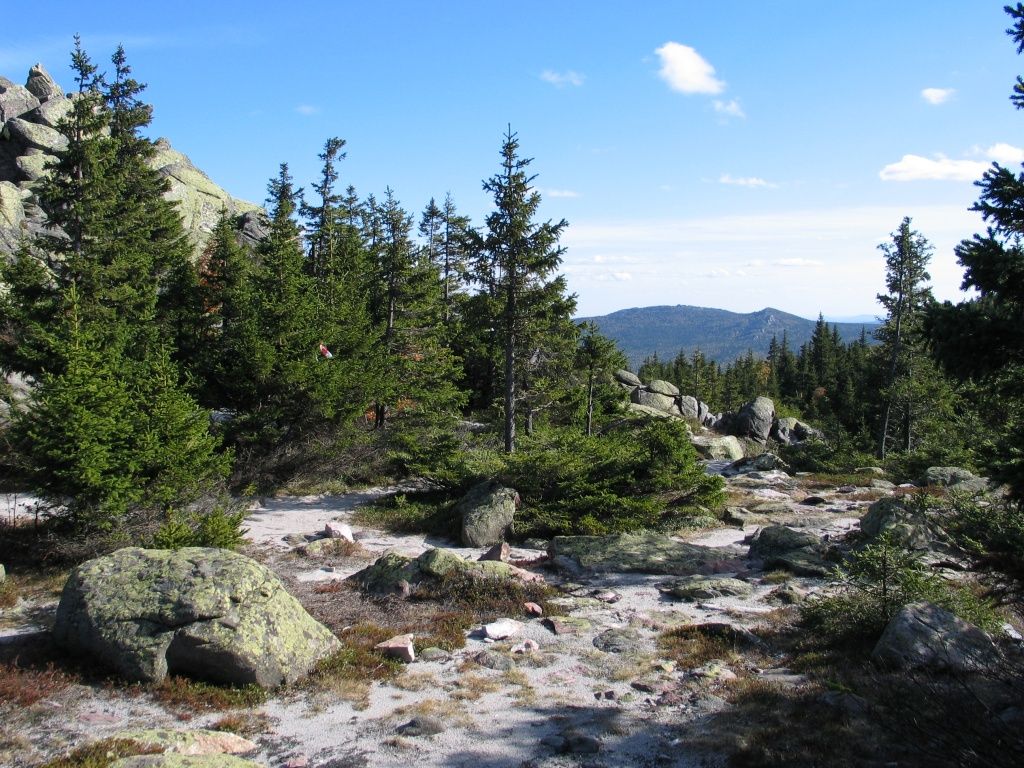 And finally, you will reach the Rattling Spring shelter, where you can stay for the night or relax and continue your way to the Central Manor. You can reach it after 8 km along the Upper Trail, crossing creeks and stone rivers. But if you have 1-2 free hours, go to Mitkin's cliffs. And don’t forget to take camera for spectacular views of the Middle Taganay Range!

The participants of hike will see the Great Stone River, climb to the top of the Kruglitsa, unravel the mystery of the Valley of Fairy Tales and will pass along the 150-meter stone wall of the Response Ridge.

Experienced guides of the Park will not let you go astray and tell you about the history of the creation of the national park "Taganay", about its nature and sights: about those that you will see and want to hear about.

The tour is available for people of any age with good physical preparation, enthusiastic and inquisitive. Special equipment will not be required. 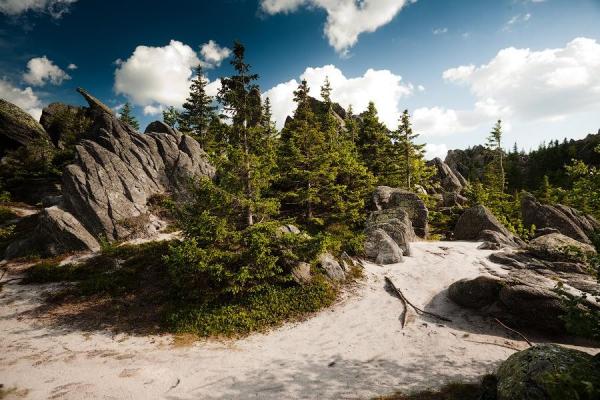