Through the thorns ... to the national park

How did it all start? Probably, with the emergence of the movement "We are for the national park" in Zlatoust and in the region. Approximately in the late sixties and early seventies, intensive felling of mountain forests in the Urals began. The powerful forest department, having cut down the forest in the western part of the country, in particular in the Arkhangelsk, Vologda, Perm regions, in the Komi ASSR, finally reached its expansion to the mountain forests of the Urals and started intensive industrial felling. The process was based on the barbaric method of concentrated felling, invented and applied in the only country in the world - ours. According to this technique, loggers drive their powerful equipment into the forest, cutting down the forest on an area of ​​about one and a half kilometers, and sometimes even more. After such felling in the area grows only thistle.

Only few people protested against such barbarism in those stagnant times. But the people from highest cabinets of the city and regional committees of the ruling party quickly cut down to size such brave ones. The native land needed a wood. We built a bright future, thinking little of the future of our descendants. In general, the matter of defending the forest did not go beyond "kitchen" conversations. It was 1985 year. In the press, articles on environmental topics began to appear occasionally, including articles about defense of the forests from insane felling. The ecological page "Valuable as life" in the local newspaper "Zlatoust Worker" became noticeably sharper since 1976. The authors who spoke in defense of the forest were M.P. Popov, L.P. Gagarina, V. I. Ponomarev, and the others. An active supporter of stopping cuttings on Taganay was the forest ranger of Taganay forestry - Gennady Mikhailovich Shumkin. When in 1988, according to the plan of the Chelyabinsk Production Forestry and Logging Association, it was decided to cut down 20,000 cubic meters of Taganay forest, Shumkin launched an open struggle against loggers. In the international magazine "Tourist" appeared his article-interview about the barbarous attitude to the pearl of the South Urals. Interviews with the forest ranger appeared in the “Zlatoust Worker” several times.

But destroying of the forest, which started in the time of stagnation, worked at full power. The indignant public sent an open letter to the city leadership "Let's stop the mad axe" (Zlatoust Worker newspaper of 21.01.1988). The letter was signed by more than 20 people who worked at various enterprises of the city. This day, probably, should be considered as the day of creation of a public committee for forest protection. 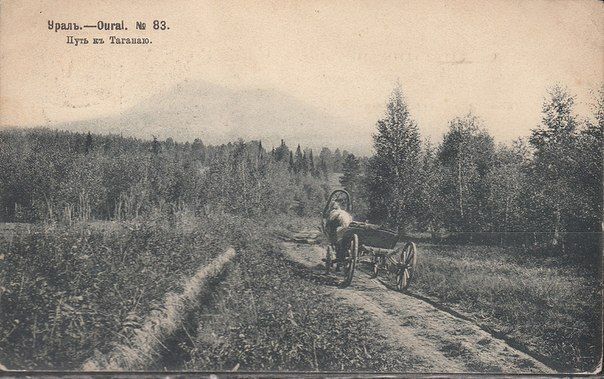 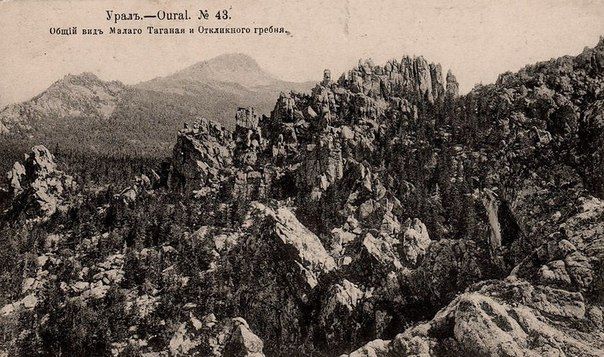 It turned out the following: about 12 powerful ministries and departments of Soviet Union were in charge of our forest. And the local party, local authorities and even the all-powerful City Committee couldn't had a significant impact on the reduction of the felling plan. The only way was in changing the status of the forests themselves: either transfer them to another category of protection, or create a reserve or national park on the territory to protect it from deforestation.

The creation of a reserve on the territory of Taganay was unreal. To forbid people to go to places where they spent their holidays and weekends for years meant simply robbing the Zlatoust people, without giving anything in return. The national park is another pair of shoes. The felling of forests is strictly regulated in national parks, and economic activities are limited, but tourism and recreation of the population is not only allowed, but also encouraged in all parks in the world. And on May 6, 1988, the article "We are for the national park!" appears in the "Zlatoust Worker". A large number of Zlatoust residents respond to the call to discuss this issue. Reviews are positive.

Unable to withstand the onslaught of the public, the authorities gather a meeting with representatives of the executive committee of Zlatoust, leaders of Chelyabinsk and Zlatoust Forestry Plants, and the city's public. For the first time, in an official document, the city administration and the Zlatoust Forestry Plant are instructed to study the possibility of creating a national park on the territory of Zlatoust Forestry Plant. At the beginning of 1989, the Public Forest Protection Committee had only draft of regulation for creating the national park, and several addresses of academic institutions that had experience in designing parks.

The movement against the cutting of forests on Taganay began to spread throughout the Chelyabinsk region. Protests with hundreds of signatures come from Chelyabinsk, Korkino, and Emanzhelinsk... Zlatoust City Executive Committee and the City Party Committee at a joint meeting in the presence of the public decide to ban logging (except for sanitary) at Taganay. In December 1989, the Resolution of the Council of Ministers of the RSFSR about the boundaries of the sanitary zones of the Greater and Lesser Tesmin Reservoirs was issued. In principle, all forests of the Taganay mountain knot went to the first group of protection.

In June 1989, the regular session of the Zlatoust City Council of Deputies and Workers of the Twentieth Convocation took place. At this session were supported the proposals for the preparation of documentation and launched search of organization able to fulfill ecological and economic justification for the establishment of the park.  Such an organization was the Ural Forestry Institute. The group was headed by our compatriot Sergey Eduardovich Sychugov. Summer field season of 1989 students of the institute spent in the forests of Taganay, collecting materials for the Justification of establishment of the park. But money still was not allocated.

The stormy year of 1990 has come. Elections to the Soviets of People's Deputies of various levels were held. At the first session of the XXII convocation on April 20, 1990, we came out with a proposal to divert the land in Zlatoust district to design a national park. The session with an absolute majority of votes (only three against) supported this proposal.